A visit to Uzbekistan in September 2001, to walk in the footsteps of Marco Polo, Tamerlane and Alexander the Great on The Old Silk Road through Central Asia.
We left London Heathrow for Tashkent just 3 days after the Twin Towers were destroyed in New York !
All images were originally taken on Kodak 'Gold' negative film and then scanned.
Tashkent, a modern city rebuilt after an earthquake in 1966, is the third largest city in Central Asia and has many beautiful parks and fountains. 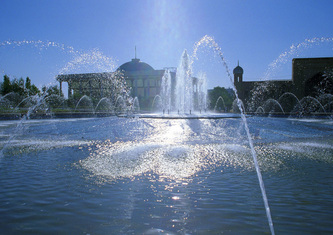 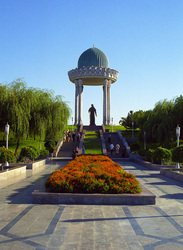 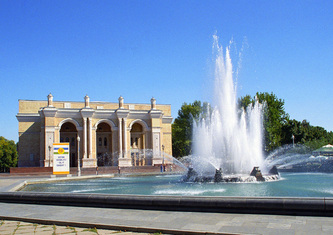 Tashkent is also said to have one of the most beautiful metro systems in the world. 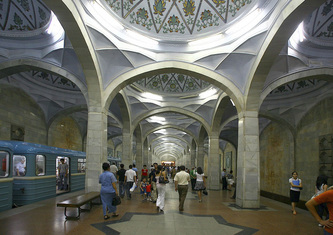 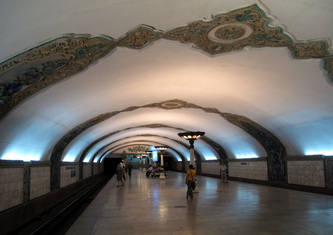 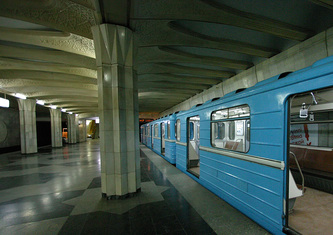 After flying from Tashkent to Urgench, our journey on The Old Silk Road began at Khiva.
An ancient walled city. 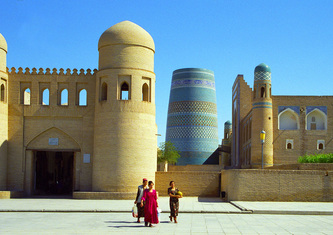 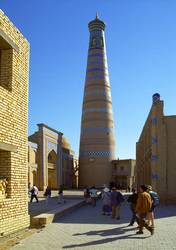 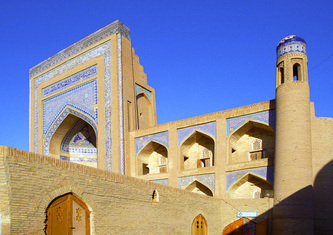 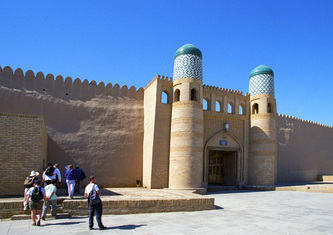 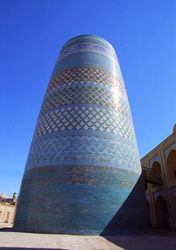 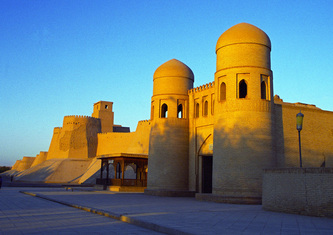